Celebrating 15 years of Running Back with Gerd Janson and Tony Humphries | DJMagAdmin.com Skip to main content

When Gerd Janson was looking for someone to mix a Running Back compilation to mark 15 years of his quality imprint, he asked a master if he could do it. Luckily for him, New Jersey legend Tony Humphries said yes. The Stateside mixmaster breathes new life into tracks by Todd Terje, Leon Vynehall, Tiger & Woods and Mr. G, and shares some tips with DJ Mag about how to create a groove-tastic blend…

The summer of 1981, Brooklyn-born DJ Tony Humphries would compile extended ‘mastermixes’ of the hottest records coming out of (mostly) New York and Chicago for a fledgling radio station in Manhattan called 98.7 Kiss FM. The job came about after a chance meeting with feted DJ and remixer Shep Pettibone at the offices of the legendary disco and boogie label Prelude, where Humphries would often go to pick up promos and rub shoulders with other New York DJs and producers. On one sweaty summer afternoon, he handed Shep one of his mixes on a cassette, in the spirit of self-promotion.

Though he had no idea who Pettibone was at the time, the producer who would go on to help shape the careers of artists like Madonna and Janet Jackson had been boasting to Humphries about a gig he’d landed at a new, predominantly hip-hop-orientated radio station, programming its alternative disco and club sounds. Slipping him that tape worked. The following day, Humphries got a call from a frantic Pettibone. Another DJ had gone AWOL, so he asked Humphries if he could compile a continuous mix of new music for him. The only snag was that he needed it for the following morning. Damn right, he could.

On 16th July 1981, Humphries’ first mix went out on the air on Kiss. He’d continue making mastermixes for them until the mid-‘90s. That chance meeting spawned a career spanning nearly four decades. In short, Tony Humphries knows a thing or two about compiling mixes. 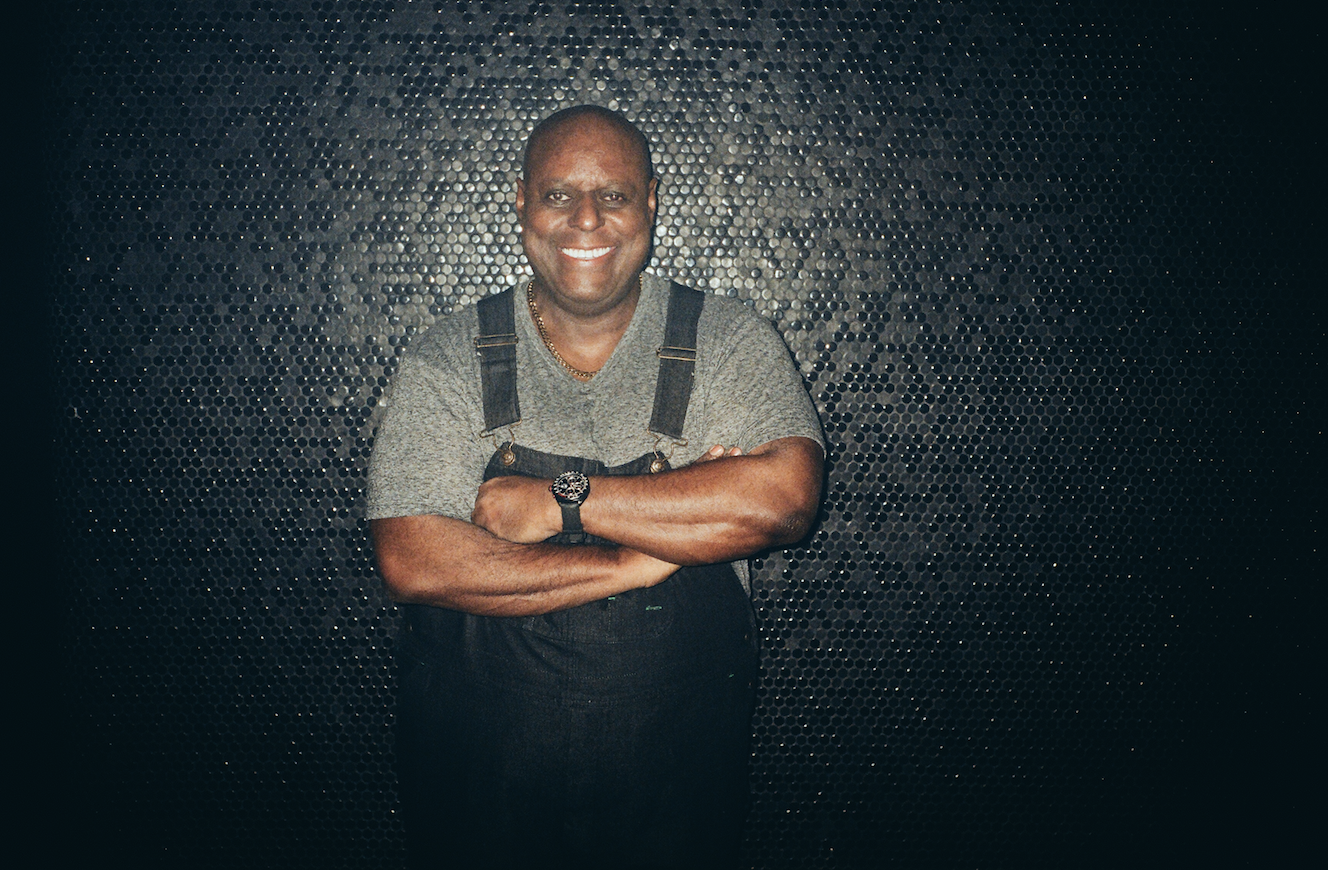 He made those first mixes on the C-120 cassette tapes you could buy in the subway station along with your tube socks. Later, he moved on to a reel-to-reel player he bought with a lay-off cheque from his job at the New York Daily News, where Humphries first worked in the mail room before working his way up to contributing to the music columns, thanks to his insight into the club scene. In a brilliant piece of dovetailing, that very same reel-to-reel can be seen on the cover of his new mix album, ‘The Running Back Mastermix’ for Gerd Janson’s Running Back label, compiled to celebrate 15 years of the forward-thinking Frankfurt imprint.

“I can’t believe I found that picture, man. That picture is of me in 1983, in my apartment in Brooklyn,” says Humphries over the wire from New York. “It’s crazy. Crazy, crazy. Up on the wall is my first gold record, for [his remix of] ‘Juicy Fruit’ by Mtume. You can see me with the reel-to-reel doing edits and shit, man!” He bursts into peels of laughter. He does that a lot.

ROTATION
Humphries still employs the exact same formula for compiling mixes now — and programming DJ sets for that matter — that he did back in the ‘70s and ‘80s. He uses the classic radio rotation technique, how he was taught by his boss at Kiss to programme an hour’s worth of compelling radio. “It was the best thing that ever happened to me, it enabled me to play three sets a night,” he says. “You have your A-category tracks, your B-category tracks, and your C-category tracks etcetera. You have to have the structure, and every radio station does it. It’s worked for me to this day.

“Out of habit, you don’t play all the big bombs in a row, you don’t play all your new stuff that will bore people,” he continues. “There’s a place for everything. People’s attention span is about 15 minutes long. After that, people are turning the dial. Knowing that, I just try to serve certain genres, certain styles. At my club [Zanzibar] in New Jersey, some people were into alternative stuff, others into the classics, and you had to try and keep people there all night. So programming and rotation really helped me out. You could play from one in the morning to 11 the next day. Forever, if you wanted!” 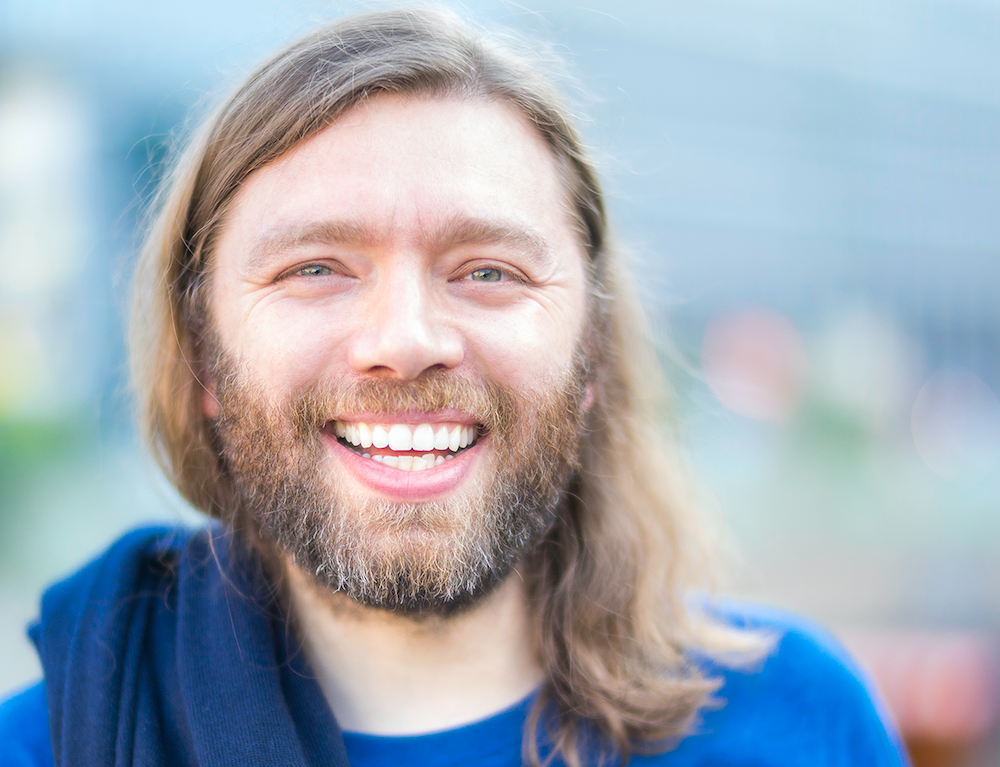 As more and more electronic music from Chicago — predominantly from the prolific Trax Records — would arrive in the cabinets behind the DJ booth at Zanzibar, one of the most revered house clubs in history, he’d bring them into the rotation too, using them as bridge records. “I’d go from, say, a radio tune from Luther Vandross to a Chicago track. It was easier to match beats and control, because instead of two live drummers, I’d have one live drummer and one computer drummer. But the more and more Trax records that became available, that’s when things really started to change. Maybe from ’83 or ’84, if my memory serves me. New York was making some [electronic music], but Chicago? It was coming by the boat-load.”

For Gerd Janson, who launched Running Back in 2002 in his hometown of Frankfurt, getting Humphries to run riot on his back catalogue was a real coup. “I have always had an unhealthy obsession with Tony Humphries,” he admits. “There was a time when I listened to one of his classic Kiss FM radio shows every day. In the early days of the internet, you could find some of those old mixes on the Deephousepage website, and for a lot of people it was like the first time you could hear, say, a Ron Hardy mix. Or a classic Frankie Knuckles recording from the Warehouse. And because people recorded Tony’s shows religiously, there was suddenly this archive, from ’88 until about ’92.

“I’d stream them online and record them back to tape so that I could listen to it in the car,” Gerd recalls. “There were tracks he’d play every week, bringing them into heavy rotation, like Bobby Konders’ ‘Poem’, Jay Williams’ ‘Sweat’, ‘Let The Rain Come Down’ by Intense, and then out of the blue, something on Warp Records, like ‘Sweet Exorcist’ by Testone, which he’d play under some Jersey house record. What with his remix work too, I just loved the whole thing. The whole art of Tony Humphries is something I really respect and admire. He can play a pitched-down techno record next to a disco record, and still find a connection. So we [Janson and his label manager Mathew Styles] thought: ‘Hey, OK, let’s ask him’, and it was very cool when he said yes. He used to do a lot of them in the ‘90s, mastermixes for labels — there are two really classic Strictly Rhythm mixes that he did, and he did a really nice one for Irma of all Italo-house records too.”

GROOVE
Once Janson had Humphries on board, he sent him the entire Running Back back catalogue to hand-pick his tracks from. “I was surprised that he started with Todd Terje’s ‘Ragysh’, but in the end, if you listen to it, it feels weirdly like a Tony mix,” Gerd tells DJ Mag. “Maybe I’m blinkered, but to me it has that kind of Tony Humphries groove to it. And the way he mixed it is all by hand. It’s not an Ableton mix, so you hear he’s actually working the records.

“When you do a mix on the computer, you have all the time in the world to make the perfect blend,” he continues. “But then you miss the groove when two things rub off each other. I always used to say that the perfect mix is the imperfect one, where you can hear that it’s actually happening in that moment.” 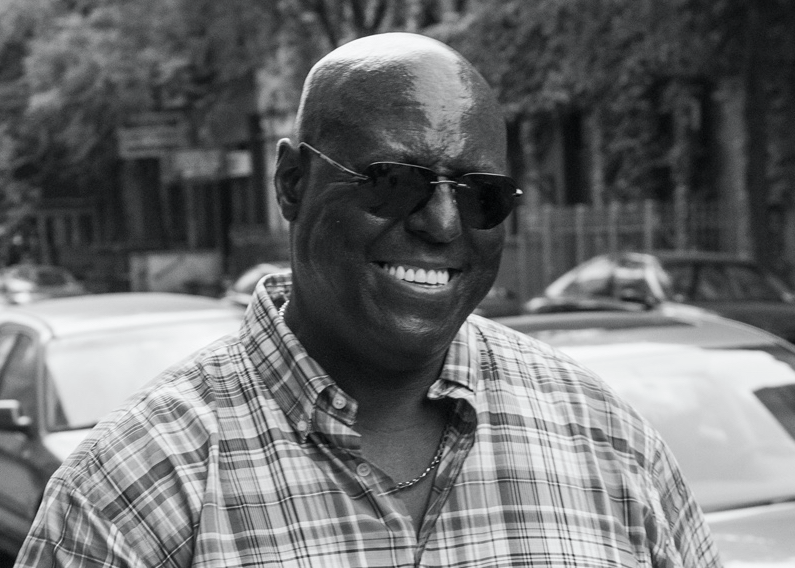 For Humphries, he was new to some of the deeper cuts in the Running Back catalogue. “Oh man, there’s some funky stuff in there,” he laughs. But he soon realised he’d been playing a few tracks for years, without realising where they were from. “It’s not like the old days, when you’d get promos and you’d remember what the label looks like. I just play what sounds good. I don’t get into politics.”

The weight of expectation on the result of his mix was on his mind, too. “To know that Gerd was a fan of mine, you must not take that kind of thing for granted,” he says, adding that he “laboured” over the final mix to make sure it was perfect (or perfectly imperfect, as Janson might prefer). Among the selections Humphries zeroed in on, as well as Terje’s ‘Ragysh’, are Roy Comanchero’s moody old school jam ‘The Delete Of Society’, into the screaming joy of Tiger & Woods’ ‘Don’t Hesitate’; Leon Vynehall’s majestic ‘Beau Sovereign’ into Shan’s tough piano jam ‘Work It’. There’s Redshape’s shuffling ‘Dogz’ and Mr. G’s percussive masterpiece ‘Ben & Gerd’. You can hear the rotation in action, and it’s thrilling.

PANORAMA BAR
The pair hooked up for a Sunday session at Berlin’s feted Panorama Bar some months back. Humphries admits that he was perhaps not the standard type of booking for the club, but, as ever, his programming skills ensured that he could easily adapt. That, and an encyclopaedic knowledge of what makes a dancefloor move, of course. The first bit, the programming, you can learn. The latter, not so much. Humphries ended up playing much longer than he was supposed to, a fact that Janson says “made me very happy”.

“I did 15 years at Zanzibar, where the crowd was primarily black, gay and Latino, and it was always great to play, like, 30% pop music that they would never buy. So it was kind of like that, but in reverse,” he says of the set. “It was cool to play them some soulful stuff that [the Panorama Bar crowd] might never get into! I knew I’d be an alternative, but I wasn’t going to walk in there and play Luther Vandross all night!” 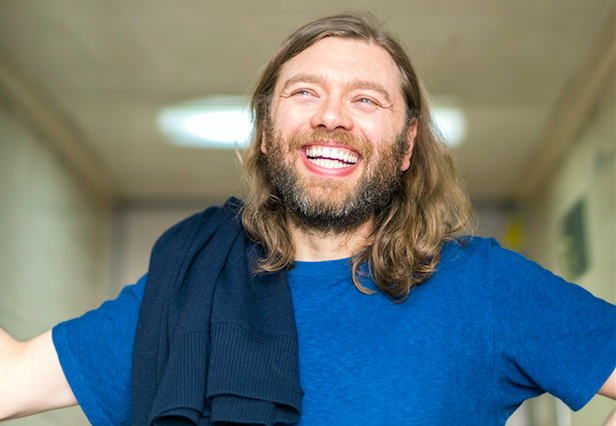 It’s a great attitude to have, from a man who appears to love DJing now every bit as much as he did back then, playing to a heaving, pulsating crowd in the ballroom of a seedy motel in Newark, New Jersey. And then he drops in some wisdom that every DJ should heed.

“I’m used to crossing over,” he says. “It took me a while to get out of the habit of ‘Oh, well I don’t want to be different to everyone else’. The mentality of the competition back in the day was like, ‘No way am I gonna play a Madonna tune that’s on the radio, you’ve got to be obscure, you’ve got to be underground’. I learned from being around certain DJs, like Tee Scott, that it is OK to play a pop artist. It’s only five minutes of people’s time. You play so many tracks for your boys — be Mr Macho for three hours, then you can play a hot mix of Mariah Carey. I got over all that. And it helped me. It really helped me.”

Here endeth the lesson. All rise, and pay your respects to Mr Tony Humphries.