The seminal songs and key guest appearances that have put bass-heavy dance producer Sonny Moore on the map...

Skrillex has become one of the most recognisable faces in EDM after leaving post hardcore band From First to Last to pursue a solo career in 2007. After years at the top end of the DJ Mag Top 100 DJs Poll, he landed Highest Bass in last year’s vote.

As a key driving force in the explosion of brostep with tracks like 'Bangarang', Skrillex also has a strong prowess for collaboration, with the DJ/producer making music as Jack Ü alongside Diplo and as Dog Blood with Boys Noize. He’s also reportedly currently working with Rihanna on her new album.

Diplo was clear on his feelings on the importance Skrillex has had on EDM in an interview in March, when he said he’d “had the biggest cultural impact of any DJ”.

His prolific OWSLA imprint – which won Best Label at this year’s Best of North America Awards – has also broken acts including Kill the Noise, Hundred Waters, Wiwek, JOYRYDE and more.

After a quiet year of live performances in 2018, last month Skrillex was announced to return to the festival stage in December, with sets locked at Contact Music Festival in Canada and Minneapolis’s Snowta.

Here, we take a look back at some of his most iconic moments…

Skrillex’s second EP saw his star suddenly rise. Released in the Fall of 2010, ‘Scary Monsters And Nice Sprites’ soared to the top of the charts while also garnering some high praise from critics. The two-tracker would eventually go on to win Skrillex a Grammy award for best dance/electronica act. The sound was big, melodic and reckless, and went on to inspire a host of producers in its wake.

Both as a single and as an EP, ‘Bangarang’ didn’t disappoint. Named for the battle cry of the Lost Boys from the 1991 film Hook, ‘Bangarang’ came correct with a future-forward, yet youthful sound. Long Island rapper Sirah featured on the track, while ‘Breakin’ A Sweat’ had a cameo from two members of legendary LA rock band The Doors (Ray Manzarek and Robby Krieger), one of Skrillex’s early influences.

In 2017, Skrillex surprised the world on his birthday by reuniting with his old band From First To Last. For their first single together in 10 years, Skrillex contributed vocals and production. The band shared that, “Sonny co-wrote the track… for the original band’s first reunion in more than a decade, with all other original members returning for their respective roles.” 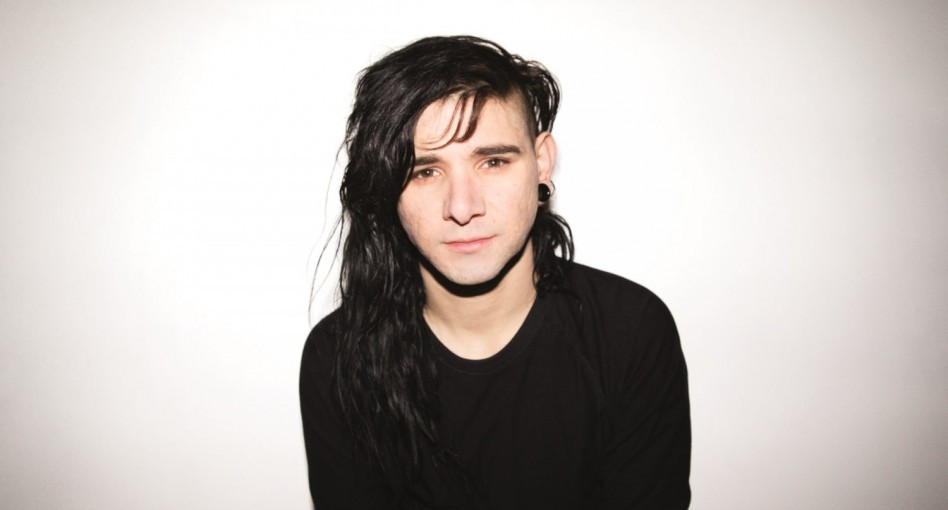 Skrillex played several roles in the 2012 Disney animated film Wreck-It Ralph. While appearing as a DJ with his signature shades and hairstyle, he also contributed to the soundtrack. His work can be heard most prominently in the song ‘Bug Hunt,’ which was later remixed by the Dutch electronic trio Noisia.

Skrillex’s sole album ‘Recess’ saw him pulling together a host of collaborators, including Chance The Rapper, Diplo and Kill The Noise. Ahead of the release, Skrillex also the app Alien Ride: an EDM update of the classic arcade game Asteroids.

Skrillex has mentioned a number of times that he’s interested in pushing into the realm of film scoring. In 2013, he took that goal to the next level by sharing soundtrack duties with Cliff Martinez (Drive, Traffic) on the Harmony Korine-directed and Selena Gomez-starring weirdo film Spring Breakers. Skrillex’s penchant for high-octane sound design paired well with the film’s pure glitz and hedonism.

Yet again, Skrillex slides into a theatre near you — this time for the super-villain flick Suicide Squad. Its namesake is a reference to the purple Lambo owned by The Joker (played by Jared Leto). The video features a menacing Joker flanked by Skrillex dressed in black, scowling through crime scenes in Gotham City. The song itself is pumped full of police sirens, heavy bass and a seething flow from Rick Ross: “Got that purple Lamborghini lurkin’”.

‘Leaving’ is a curious release in Skrillex’s catalogue. Three tracks and a little under 15 minutes is all it took for him to shake up his sound. ‘The Reason’ rides a smooth electro groove with a few inspiring climaxes, while ’Scary Bolly Dub’ is a spacious percussive jam. Final track ‘Leaving’ feels like it was both a quickly put together statement and a victory lap.

Skrillex and Diplo’s collaborative project Jack Ü spawned a shinier, high energy take on both of their sounds. As the extended Jack Ü crew, they worked with a number of artists including Kai, Diddy and Justin Bieber. The Bieber collaboration ‘Where Are Ü Now’ saw the three make one of the more exciting pop songs of the time, winning a Grammy for Best Recording in 2015.

During the International Music Summit Asia-Pacific, Skrillex played a 75-minute set as his Boiler Room debut. On the buttons, Skrillex hammered down a genre-bending mix of hip-hop and melodic pop tunes, while casually standing beside elated fans.

News
Skrillex and J Balvin team up for new single and video, ‘In da Getto’: Watch